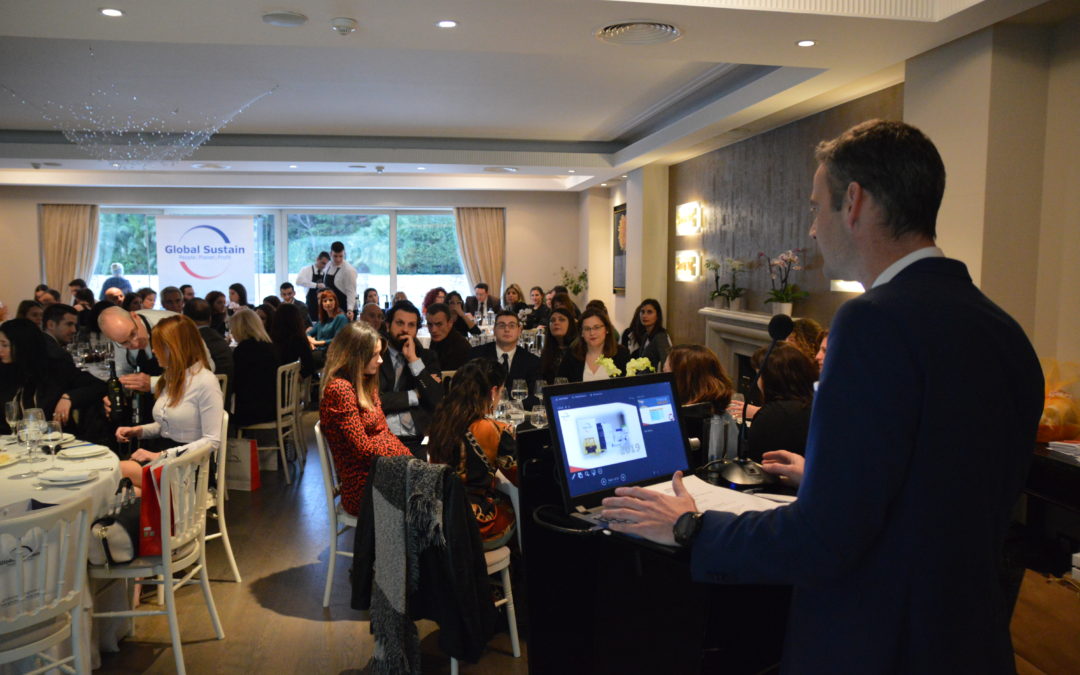 Members Awards and launch of the “ReMembers” publication

Global Sustain welcomed the new year among friends, partners and members at a special event on Tuesday, February 12, 2019, at the Ecali Club. Τhe evening reserved many surprises and gifts for the attendees.

Mr. Michael Spanos, Managing Director of Global Sustain, welcomed the attendees and quoted the main Global Sustain accomplishments through 2018, with specific reference to issues such as: the increase in turnover by 11%, the creation of important international collaborations such as the Task Force on Climate-related Financial Disclosures (TCFD), the continuous support of social and environmental causes, and staff growth. Global Sustain associates took the floor and presented the most significant achievements of the year in terms of services and international activities, while Mr. Elias Skordas, Quantitative Research Director of Global Link, presented the results of the annual Stakeholder Satisfaction Survey. Mr. Spanos talked about the company’s planned activities for 2019, a promising year full of new projects, partnerships and training seminars in Greece and abroad. During the event, Global Sustain presented the NGOs that were financed through the corporate annual funding program. These are “Diaconia” and “ITHACA”.

For the first time, Global Sustain presented the annual Members’ publication “ReMembers”, a unique edition that highlights the Members’ progress on corporate responsibility and sustainable development, as well as the current trends. The publication is carbon neutral and FSC certified.

Once again, a lottery followed and gifts were given to the attendees, as an offer by Global Sustain Members. The cocktail networking reception closed the festive evening.